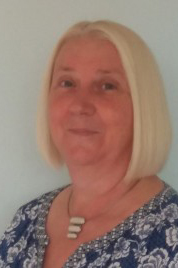 Kay Ball trained at the London College of Dance & Drama, after graduating she taught for a number of prestigious schools in the West Sussex area. She has been principal of the Redhurst Schools of Dancing since January 1986.

In 2008 Kay was appointed onto the Board of Trustees of ISTD Council and in September 2014 became Chair of the ISTD Teacher’s Benevolent Fund.

In 2015 Kay was awarded Imperial Theatre Award, which is the highest accolade the ISTD can present to a member given for outstanding achievements and service to the society.

As Principal of the Redhurst Schools of Dancing her first priority is to provide enjoyment for the children and encourage a happy and friendly atmosphere throughout the school.